This is a PUBLIC SERVICE ANNOUNCEMENT!

A 101 on ephemeral film and our January retrospective of propaganda, public service announcements and Prelinger archival gems.

This LSFF, we dig into a body of work surprisingly little known considering its abundance: the apparently most populated film genre in broadcast history, the ephemeral film.

Since 1983, film archivist and professor Rick Prelinger, of the eponymous Prelinger Archives, has undertaken a colossal feat of research and practice: a mission to collate and preserve 60,000 of the 400,000 ephemeral films believed to have been produced.

Most commonly the genre is comprised of social hygiene films, educational content, police training tutorials, advertisements and public service announcements. The crux of the genre’s definition, also sometimes referred to as sponsored film, is its prioritising of the corporate or political messages and ideologies of its sponsors over any broad notion of artistic value.

Beneath the surface of some sketchy production values, each offers a unique portal into the fashions, prejudices and morals of a not-so-distant past. Whilst they now seem long outdated, and more than a little dubious in their representation of sex, gender, race and politics, they make up in inadvertent sociological insight what they lack in trained actors or even, often, a decent script. 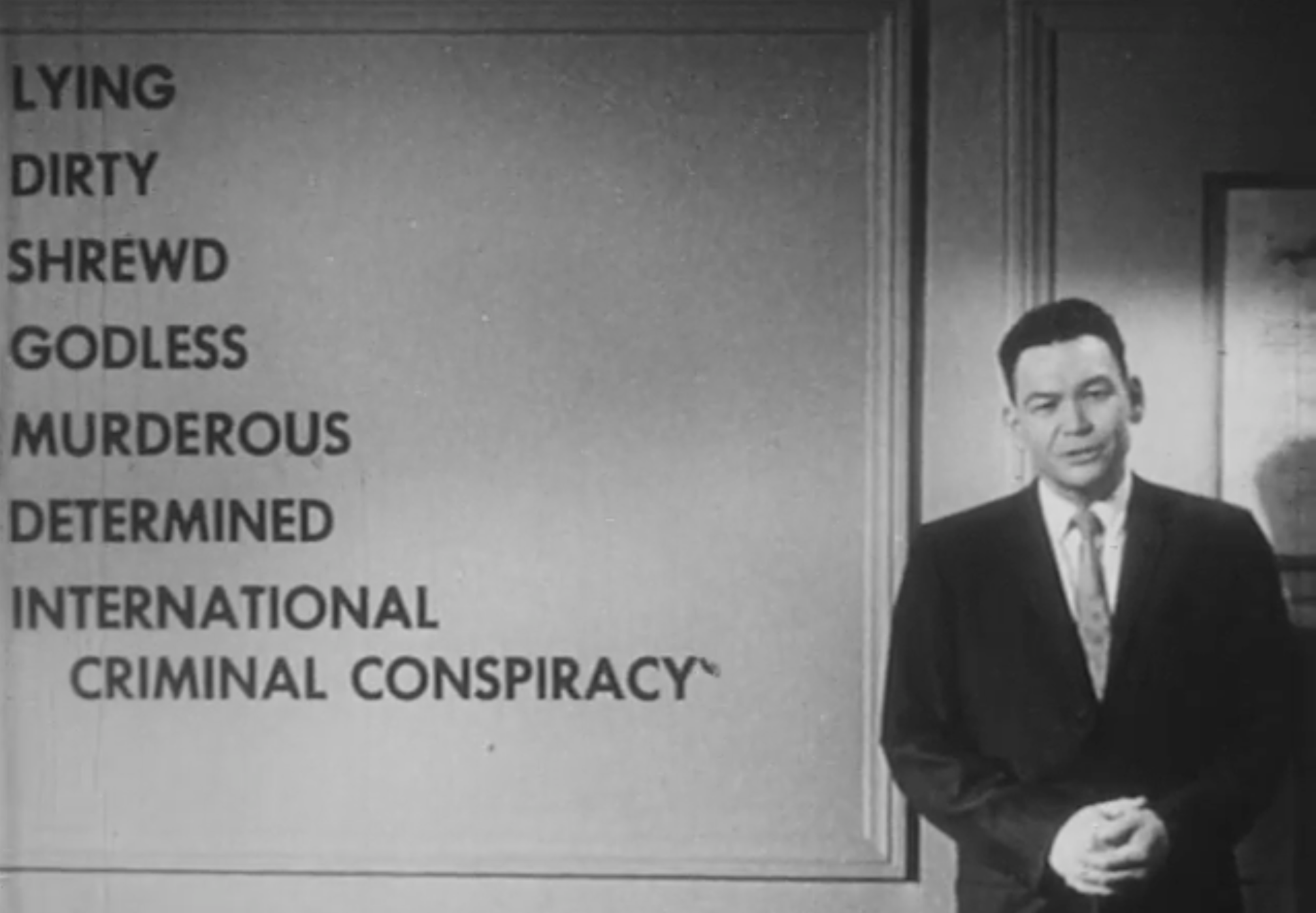 The central tenet of the ephemeral film is sponsorship.

Whilst many of the sponsoring companies were innocuous enough (dreary bureaucratic bodies with names like The National Dairy Council or The American Social Health Association) or the obvious giants of consumer capitalism like Proctor and Gamble, dig a little deeper and a whole network of ideological and political power structures pull sharply into focus.

Look more closely into the 1964 Perversion for Profit (screening in This Is A PSA: Dirty Commie Bastard!), and you’ll see the names of Republican aligned businessmen and moral crusaders like disgraced financier Charles Keating lurking behind its anti-Communist, anti-homosexual, anti-pornography agenda.

Investigate the seemingly harmless Moody Institute for Science, a prolific production house of aesthetically gorgeous nature documentaries (such as Carnivorous Plants screening as part of This Is A PSA: American Nightmare), and you’ll find instead a front for a rabid group of fundamentalist, creationist Christians. 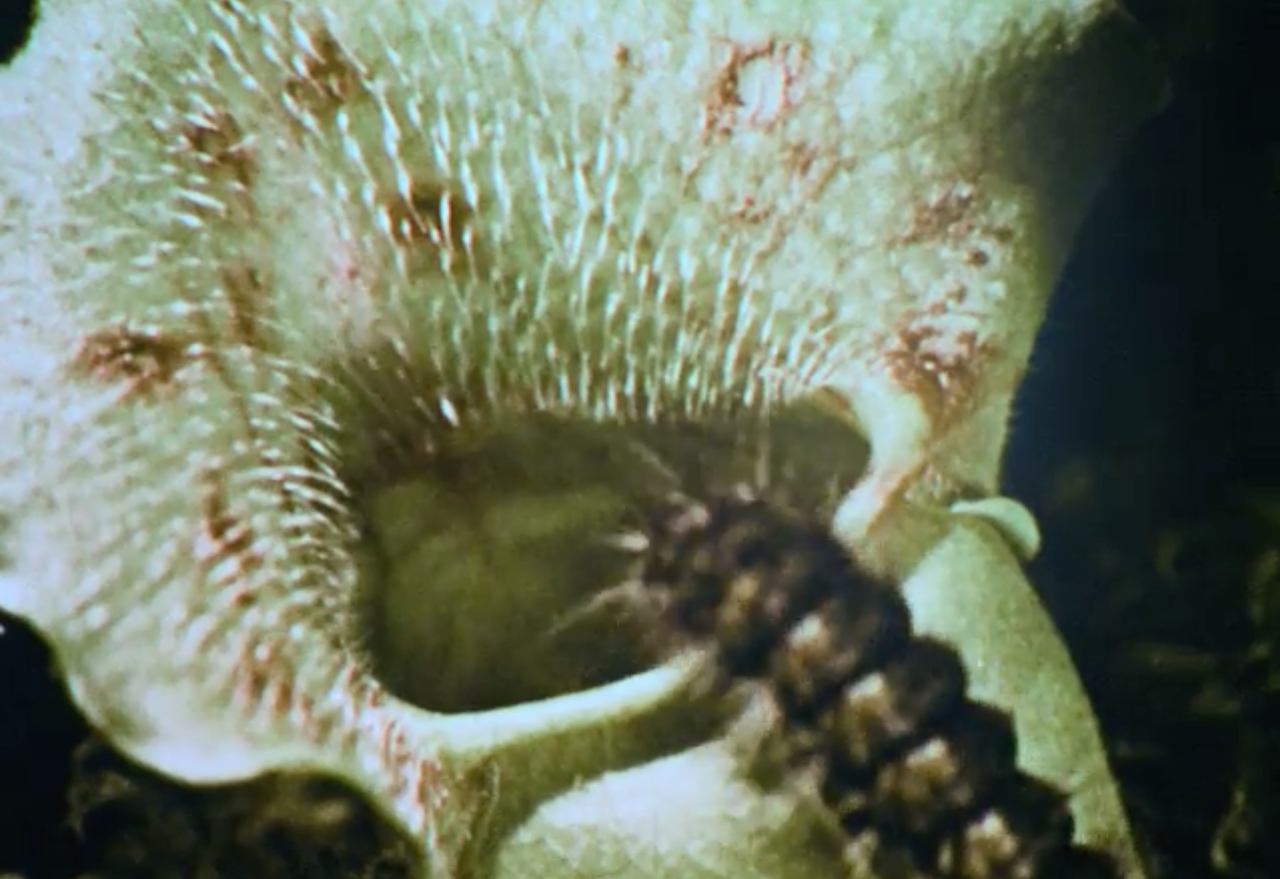 How these films were influential is largely down to both the huge media infrastructure built for World War II and the surplus of cheap 16mm film and projection equipment passed over to schools, workplaces, churches and army bases at the end of the war effort.

Although parallels can be made between how these films infiltrated the suburbs and our contemporary climate of fake news, the main difference is that these films were reinforcing the status quo, a shrill and pearl-clutchingly conservative social agenda thriving in the post-war economic boom. These works served to stoke collective fantasies and fears of society’s most insidious threats: communism, homosexuality and female liberation.

Explored in This Is A PSA: The Birds And The Bees, the sexual education films made before, during and after World War II proselytize the perils of venereal disease (one of the first sexual education films made in 1915 was heartily titled Damaged Goods), blindingly white heteronormative courting and women’s fear of social ostracisation if their behaviour was deemed too promiscuous. 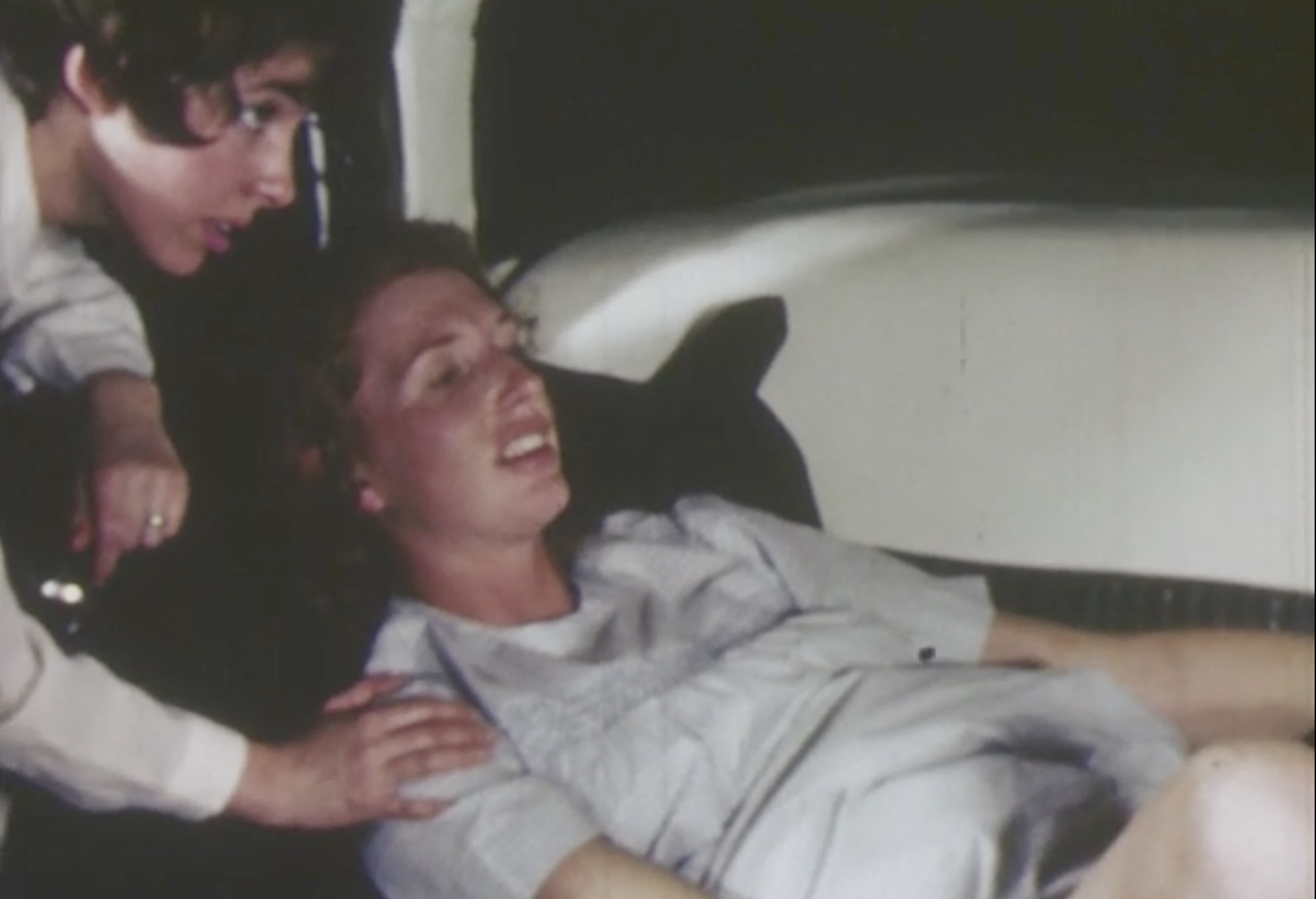 Nowadays, many of the organisations and boards that sponsored these films no longer exist and so many have become unmoored copyright orphans, no longer tethered to archaic and outdated laws. This has freed them up for a new lease of life.

Some have been used as stock footage for documentaries, whilst others affectionately pilloried and comedically repurposed on shows like Mystery Theatre 3000 (1988-99). Others, such as the atomic bomb civil defence film The House in the Middle (1956), have gained cultural significance through their preservation in The Library of Congress. The ease of access to these films through websites such as the Prelinger Archives, which alone hosts just over 8000, make them a valuable and perpetually fascinating resource.

Through the lens of a more progressive era, the political and societal agendas that these films promoted now seem offensive or, at best, bafflingly misguided, with the works themselves veering wildly from flagrantly offensive propaganda to the hilariously naive (Sudden Birth, a police training video on crisis managing a childbirth, is a gem).

Now stripped of their original context, they provide an instructive insight into not only the dominant ideologies and prejudices of post-war America, but the power structures that endorsed them.

The This Is a Public Service Announcement strand screens in three parts at Regent Street Cinema, Saturday 11th-Sunday 12th January 2020.