Roger Ebert once wrote that cinema is a ‘powerful empathy machine.’ Explore LSFF's International shorts to start your own engines.

Roger Ebert once wrote that cinema is a ‘powerful empathy machine.’ That through it you’re able to experience the world through the eyes of people who have vastly different experiences to your own, that their socio-economic circumstances and political ideals can be briefly absorbed into your own. Therefore cinema is, as Ebert also said, a, ‘liberalising influence.’ It offers the ability to view and perhaps reason with the perspectives of those whose opinions you find distasteful, even abhorrent. In the year and a half since 52% of the British electorate voted to leave the European Union, the divisions between ‘remain’ and ‘leave’ have been keenly and painfully felt, For remainers one of their most emotive fears has derived from the threat of isolationism and the implied xenophobia that lurks behind it. The acute sense of retreat, of marking our borders and the sense that the UK ‘hath made a shameful conquest of itself’ means that now more than ever do we need to be in cultural dialogue with the rest of the world.

For these reasons it’s imperative that we (meaning the festival, but also all facets of film exhibition) screen and highlight the inordinate variety and diversity that the international film community has to offer and utilise the cinema as a empathetic and liberalising force.

LSFF are currently only in our third year of curating international films and over the course of the festival we’ll screen 60 of them from 29 different countries. This is a tiny fraction of what the world has to offer and hopefully as we move into the future we’ll be able to not only screen more but also tap into less accessible territories, but for now here are some of the films we’re screening that have moved, inspired or transported me.

For those paying attention the country du jour is Portugal, where for the last few filmmakers have been producing some of the most mesmerically original, boundary pushing hybrid-cinema.  At last years Berlinale two of five possible awards were won by Portuguese directors: Gabriel Abrantes’ The Artificial Humours (http://bit.ly/2DRJBGb) and Small Town (http://bit.ly/2AgqIe3) by Diogo Costa Amarante, which won the Golden Bear. The former is an ambitious and funny exploration of the limits of communication but told in the open-hearted register of a Spielbergian epic. Amarante’s film though is an entirely different beast, a sweaty, languid and voyeuristic pursuit of time and lost innocence that finds its way under your skin and stays there. The third Portuguese film we’re screening is Ico Costa’s documentary Nyo Vweta Nafta (http://bit.ly/2DRJBGb), a Mozambique co-production that’s also my favourite short of the year. Costa strolls through the streets of Inhambane, catching the casual meet ups and fleeting moments of its utterly charming young residents as they talk about the pursuit of luxury and relationships.  It’s a joyously uncynical and humanistic film that deserves a much wider distribution. 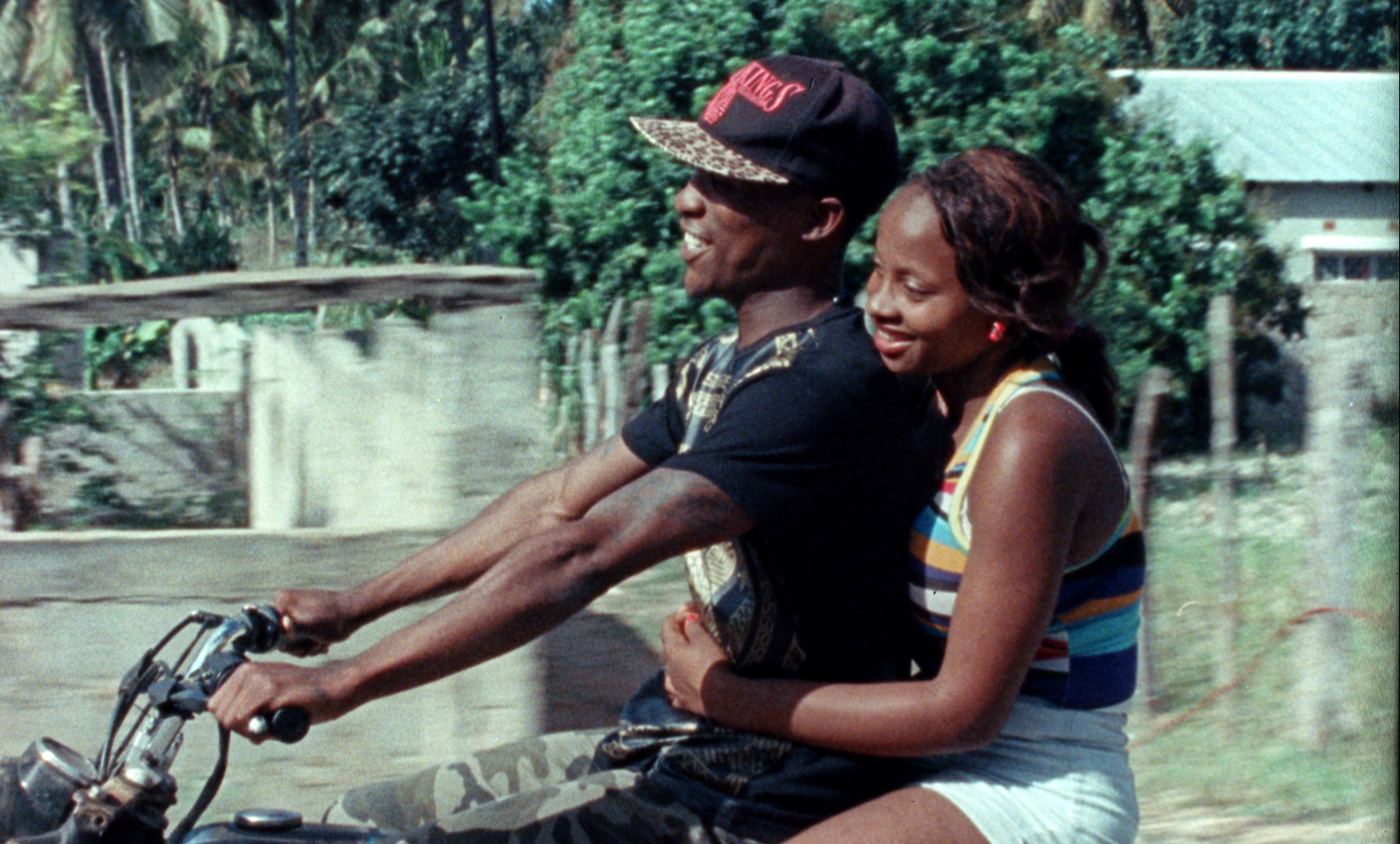 Alongside the aforementioned Nyo Wveta Nafta, we’re also showcasing a range of formally diverse, exciting documentaries. After their huge festival success with Ten Meter Tower, Axel Danielson and Maximilien Van Aertryck have returned with Because the World Never Stops (http://bit.ly/2qkpuic), a behind the scenes snapshot of a nightly news show and a quietly humorous enquiry into the power and authority we bestow on newsreaders. Utilising straigtht to camera monologues Jan Soldat’s Protocols (http://bit.ly/2CEVfbd) is an empathetic look at three men who all fantasise about vorarephilia – the act of being slaughtered and eaten. Whilst disturbing in nature, as with all of Soldat’s work the film is uniformly non-judgemental and deeply humane. Finally the Cher championed (and now executively produced) Edith and Eddie (http://bit.ly/2EWLaUS) by Laura Checkoway is one of the finest observational documentaries of the year. What starts as a sweet and tender portrayal of elderly interracial love transforms into a damning cry against institutionalised elder abuse. It’s currently long-listed for the Best Short Documentary at this year’s Oscars and deserves to win. 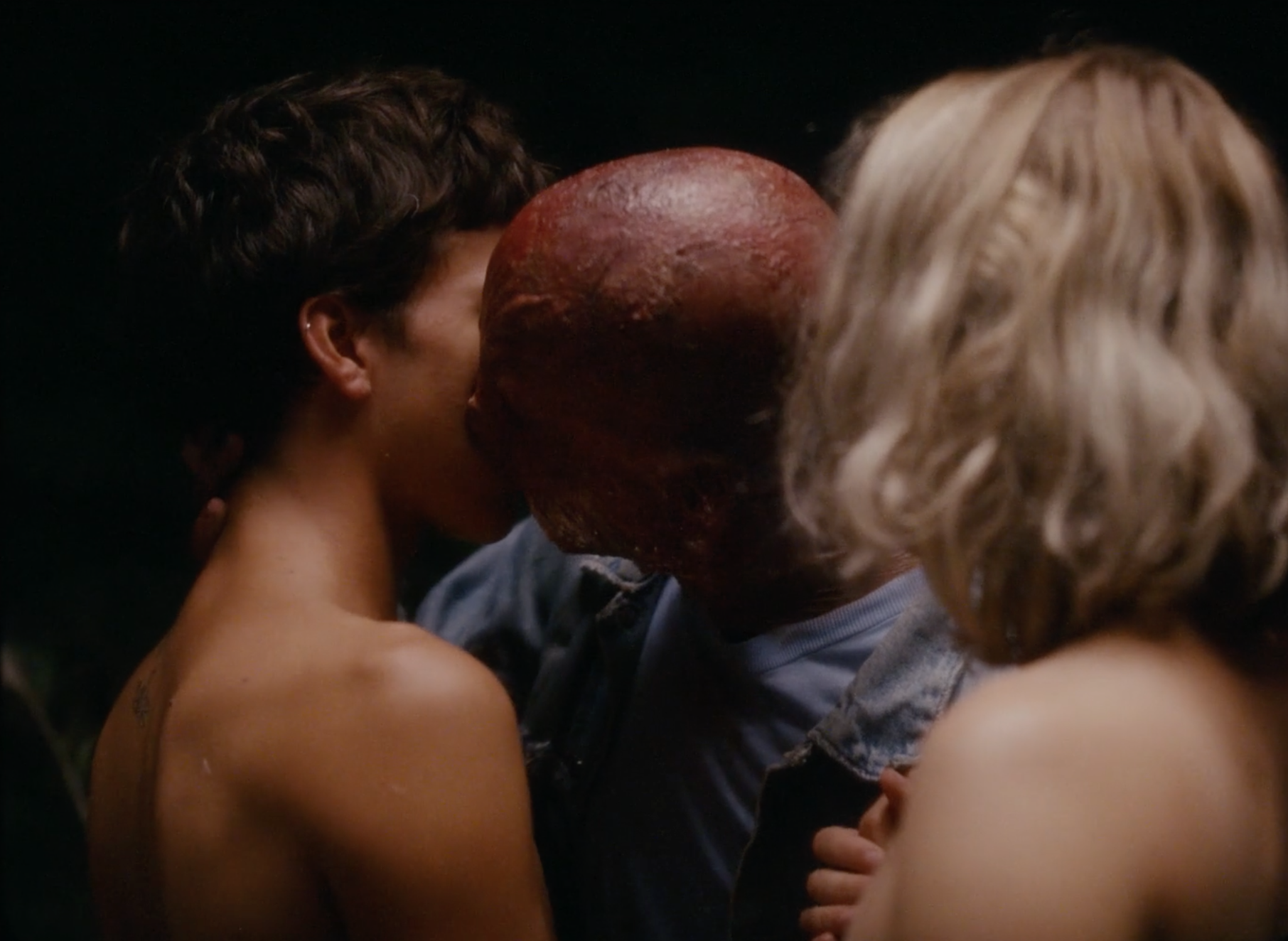 Finally to give a shout out to a few disparate highlights. Snip by Metis animator Terril Calder is a beautifully animated yet disturbing indictment of the horrors of the Canadian residential school system, where indigenous children suffered abuse under the colonial banner of re-education. Also hailing from Canada, we’re proud to present the international premiere of Sophy Romvari’s astute yet tender exploration of grief It’s Him (http://bit.ly/2AgqIe3). A film of rare precision and intelligence from someone at the very start of their career.  With two vastly different yet incredibly assured films under her belt in the space of a year Jacqueline Lentzou has become a formidable player within Greek cinema. HIWA (http://bit.ly/2Cqu6EW) is a transcendental fever dream of half-remembered (imagined?) place and memory, a beguiling and unique experience. Last but not least is Yann Gonzalez’s (brother of M83 founder Anthony Gonzalez) Islands (http://bit.ly/2CEVfbd) a gorgeously grotesque yet erotic odyssey thats De Palma meets Cocteau visuals and electronic score demand to be seen and heard at the cinema.

Check out full LSFF International programme listings for In Passing, In Dreams, Foreign Bodies, Based on True Events, and Competition selection The Audience Applauds.